Polemic Review: How Well Do You Know Your Friends? 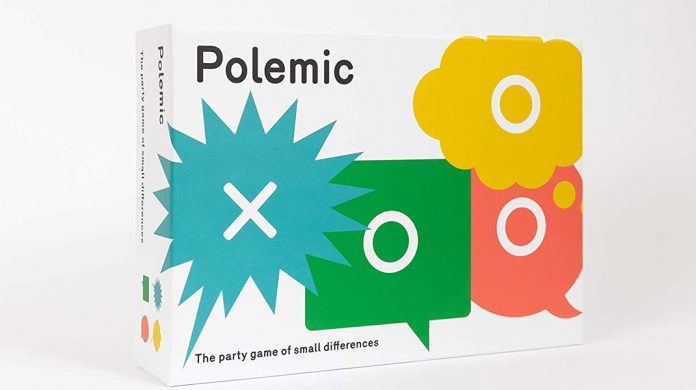 Polemic is a social deduction and guessing game where 3-6 players attempt to deduce their opponent’s opinions on a range of topics.

Each player is given a colored set of cards: two opinion cards (like and dislike) and a set of guess cards numbered from 0-6. The deck of topic cards is placed in the center of the gaming area. Should the group number less than 6, any guess cards that give a number larger than the total number of players can be removed from the game.

Plays begins with the player who read the rules taking the first turn. Said player draws a card from the topic deck. He or she then chooses one of the topics listed on the card to be the topic this turn, and relays it to the other players. The final topic on each card offers a chance for the selecting player to make up their own topic for the round.