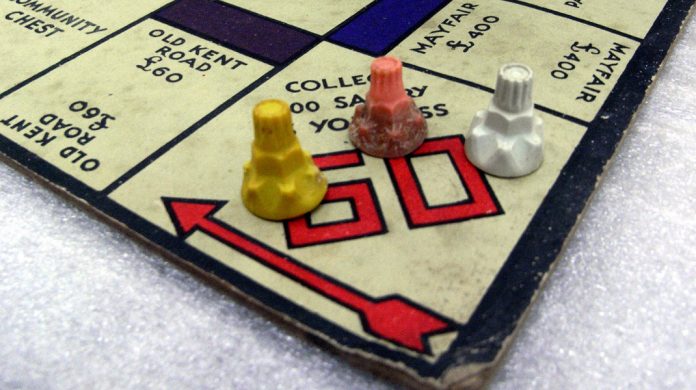 Monopoly is a hugely popular board game created initially by Lizzie Maggie, in an attempt to highlight the economic theories of Henry George.

Monopoly was first released in 1935 (although initially conceived in 1903), and is evidently a timeless classic which is by far the most popular board game that’s ever existed. It has seen multiple variants being released, including some unconventional yet quite imaginable versions such as ‘Monopoly Gamer.’ It’s simple and easy-to-learn concept offers decent gameplay and in some cases can be played by as many as ten people simultaneously.

Sounds great so far, but when you actually scratch beneath the surface, it is clear that Monopoly is not all it’s cracked up to be. The first few games you ever play you’ll be hooked, but then starts a steady regression of the enjoyment until the very idea of the game makes you scrunch up your face in horror.

Nobody likes to lose. Whether it’s an Olympic finals, or simply just another game of Monopoly with your roommate, the desire to win is strong. Perhaps the most enjoyable part of Monopoly is the trading side of things. But you know every game you’ll play there is going to be that one player who just won’t trade.

Free will and all, that is fair enough. However, to win and therefore end the game, players must go bankrupt. For this to happen, properties (hotels and houses) must be built as the rent cost for the ‘site only’ is pittance. All sites of the same colour must be owned in order to build hotels and houses, so if one player has one card of each colour, they can effectively ensure the game does not pass the primal stage and onto the exciting part where everyone has hotels and houses.

Instead, that one player may just have one set of properties with hotels on them, giving them the only significant power to bankrupt other players. Sure they will win, but damn will it be a boring game. But I guess that is literally the definition of a monopoly.

Mayfair is the most expensive property in the traditional UK Monopoly.

Do You Have a Spare Ten Hours?

Ever sat down with a group of friends or your family, wanting to play a board game and intending said game to go on for 10 hours? No, of course you haven’t! That sounds like a hellish reality But that is what you are going to get when you play Monopoly. Especially when one player is as described in the previous point.

A stalemate is very much a possibility, where perhaps the last two players remaining have a balanced share of properties. What results is then a scenario where unless one player lands on Mayfair and Park Lane (with hotels) ten turns in succession, it is nigh-on impossible to actually make the opponent bankrupt. Strap in for hours of uninterrupted ‘fun.’ Monopoly? More like very balanced and equal market…

What Are the Rules Again?

As mentioned earlier, this game is seriously popular. Everyone has heard of it and knows how to play it, therefore nobody actually ever takes a couple of minutes to sit down and look at the rules. With Monopoly being over 80 years old, in that time hybrid versions (where players adapt existing and adopt new rules) have become more of the norm. This has lead to confusion and no common house style played by all players.

Landing on ‘Go’ gets you double the money – no it doesn’t. Landing on ‘Free Parking’ wins you all fines and tax money that’s accumulated previously – nope, they’re meant to go to the bank in the first place. You’re in jail so I don’t have to pay you rent – wrong again! Convicts have rights too!

It’s All Luck and No Strategy

Is there any skill involved at all in Monopoly? Or is it all simply just luck? Definitely the latter. There’s no real strategy to adopt in Monopoly.

It’s not like other board games or even video games, where strategy is absolutely paramount to ensure you have the best possible chance of victory. Whether it’s staying away from populated areas in a battle royale to survive longer, or perhaps thinking tactically when choosing to attack in a battle situation, most games require some sort of strategy to succeed.

Whereas with Monopoly, players simply buy property when they can and generally let the dice decide their fate.

Perhaps we’ve been a little harsh on the game here. At the end of the day, you don’t sell over 250 million copies and not be fun and entertaining.

However, it just seems that as you get older and have experienced that excitement for the first couple of times, the novelty fades somewhat.

Is it an all-time great? I think it’s safe to say it is. However, it is also definitely overrated nowadays and possesses a few major flaws.

Thanks for reading this guest post! If you liked this article, check out: