Barbarians: The Invasion – New Board Game Coming to Kickstarter Soon 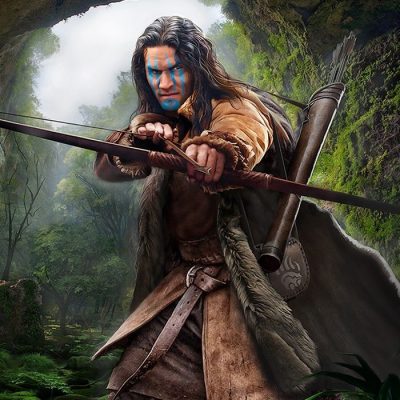 Today in the spotlight is Barbarians: The Invasion, a new board game coming to Kickstarter very soon. Brought to you by the creators of Jewels, Tabula Games, Barbarians features unique game board elements that hint at an immersive fantasy world!

Here’s what the creators have to say about the game:

“Barbarians is set in the mysterious world of Fenian, a land dominated by decadent civilizations living in huge cities, filled with magic gifted from ancient gods capable of granting unlimited power to those who worship them. It’s a land of monsters, demons and creatures, where barbarian clans lived for years ignoring completely the civilized people until the equilibrium broke into war. Now, the barbarians have decided to conquer the lands of the civilized, stealing their knowledge, and expanding their clans through powers obtained from gods and demons.”

Barbarians is a worker placement game –with a twist.

Workers are placed on three concentric wheels, which are turned throughout game play. You can see how this would change the paths a bit in the image of the prototype below.

I love strategy games, so I can’t wait to see how this unique game mechanic works…and how I can use it to create pathways for my barbarians to conquer the world of Fenian!

Check out some of the awesome artwork from the world of Fenian and learn more about Barbarians on the Tabula Games website.