The Best Online Variants of Classic Board Games 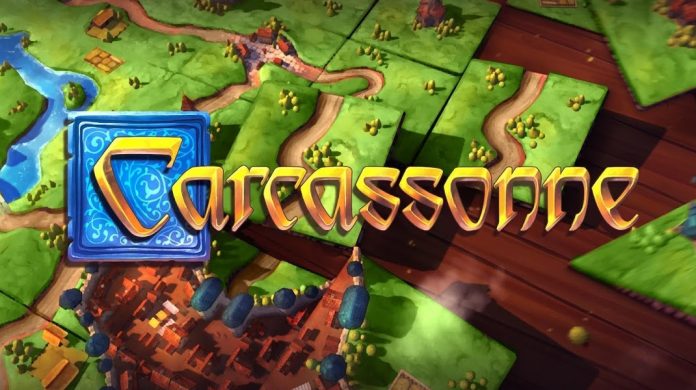 For many of us, classic board games remain a beloved part of our childhoods. Maybe Trivial Pursuit with family over the weekends, or perhaps a game of Snakes and Ladders with friends after school.

No matter your favorite board game, there’s likely a digitized version of it. Whether a video game, online game or a mobile app. Some games are successful (Carcassonne, Ticket to Ride), and others are downright weird (Surgery Simulation, Monopoly Slots).

Here are the online and/or video game versions of classic board games worth knowing about. Are they worthy successors to their tabletop origins? That’s up for you to decide.

Okay – so Dungeons and Dragons is not technically a board game (and not the only time you’ll find the definition is loose in this round-up). However, it is most definitely a game that will illicit nostalgia in any 80’s kids.

The world famous role-playing game known as Dungeons and Dragons spawned several video games which vary considerably in quality. Many of these video games drew from the D&D universe in creating characters and plots. Others are built entirely around the distinctive role-playing aspect.

The best Dungeons and Dragons video game of all time? According to Ian Williams at PASTE magazine, that prestigious title goes to Planescape: Torment of 1991, but is closely followed by Bioware’s Baldur Gate from 2000.

We’ll also mention the ambitious Neverwinter Nights take on the RPG. This allowed up to 64 players to connect to a single server when it was released in 2002.

The only way you haven’t heard of Zynga’s hugely successful take on Scrabble is if you’ve somehow managed to resist Facebook over the past ten years.

Annoying as those game invitations are (especially from your twelve-old nephew who failed to take the hint when you spelled out ‘vexatious’), Words with Friends is a great game.

Typically played through Facebook, but also available as a stand-alone app, the modern version of Scrabble allows you to challenge contacts in your friends lists, or get randomly paired with complete strangers. You may have heard heartwarming stories of relationships that blossomed over random pairings of opponents.

The closest thing you’ll get to the classic tabletop Operation in video game format is the utterly bizarre Surgeon Simulator.

After the disturbing Goat Simulator, pretty much any game ending with ‘simulator’ should be avoided. Instead they offer surreal gameplay with intentionally ridiculous graphics.

Bossa Studios’ Surgeon Simulator is no exception. It’s notoriously difficult controls make picking up tools as challenging as the actual surgery part. Grotesque, unrealistic, strange – but with the same stress factor which makes the original Operation board game so much fun. Surgeon Simulator is worth a go if you want a laugh. Or maybe just watch YouTuber ‘Markiplier’ get hilariously frustrated playing the game.

When you’re playing the Battleship board game, you have to imagine those epic explosions as you sink your opponent’s ship. Not so in the 2012 video game. Although receiving mostly negative reviews for Xbox and PS3, it was well-received on DS and Wii. On the latter consoles, the game used the more traditional format of a turn-based strategy game. But the Xbox and PS3 versions, featuring a first-person shooter mode, were much less popular.

If you’re a big fan of the board game and want to see Battleship come to life with animation and sound, then the video game might still be worth your time.

Monopoly inspired many online multiplayer games. However, the online casino slots is definitively one of the more bizarre adaptations of a classic board game.

Admittedly, Monopoly is a game all about money, albeit virtual. So it’s not too far-fetched to consider its theme applied to games where you can win real cash. There are several different Monopoly slots that are played both online or in traditional slot machine format at regular casinos. Featured on the reels, instead of classic fruit symbols, are the famous game pieces and the Monopoly Man, who usually function as the ‘Wild’ or ‘Scatter symbol.

Strategy meets geography in the universally loved Risk, and its potential as a video game has perhaps not quite been realized.

Possibly the reason no full-scale Risk video game has yet been released is because players who want a more elaborate version of the board game opt instead for game like Civilization. Risk: Global Domination was released in 2003 to PlayStation 2 and received mixed reviews.

One thing which arguably makes the video game preferable to the board game is the ability to collect medals by progressing in the game. In addition, it offers different gameplay modes.

Pictionary has taken many online formats with various names. But it’s always based on the same basic concept of one party guessing what the other is drawing. There’s an official Pictionary app where two or more friends join an online game and play at the same time.

You can also play a version of the game in your browser, known as Drawasaurus – or else try Draw Something through Facebook.

You may be surprised to know that Pictionary, just like Chess or Solitaire, can also be played against a computer. Artificial intelligence, developed by Google, can recognize the subject of your sketches and doodles with alarming accuracy. Don’t believe me? Give it a try.

The murder mystery premise of Cluedo (or Clue, if you’re in North America) makes for a fun online gaming experience.

Marmalade Game Studios brought the iconic game to life in both app and desktop format in 2016. Reviews have been positive. The gameplay includes the typical elements of the board game, such as weapon and character cards, and suspect sheets for deduction. You can play against an AI or else join an online game of up to six players.

Perhaps the most fun part of the game is seeing the different mansion rooms brought to life with such amazing detail and color.

Carcassonne isn’t the only turn-based strategy board game to debut on Xbox in 2007. Vivendi games also based a video game on Settlers of Catan. However Carcassonne is the only game of the two which can still be purchased or accessed through Xbox Live Arcade today.

The more successful Carcassonne includes expansions to make the game extra interesting. In addition, four people can play offline on the same console. The app, meanwhile, allows for up to six players in online mode.

An obvious, and arguably even boring, addition – yet a game without which this list could not be complete. We’re of course talking about chess.

There’s a countless number of websites and apps through which you can play the 1,500 year-old strategy game. But did you know that humans could first play chess against a computer as early as 1974? And a World Chess Champion was beaten by a computer for the first time in 1996?

Well, let me introduce you to the crazy concept of three player chess. That’s right – you can go straight to this website, invite two equally nerdy friends to join a game, and then battle it out over a three-player chess board. Good luck!

We focused on the most classic of all board games in this article. We’ve no doubt missed out on mentioning some other truly epic tabletop-to-online game transitions. Did you know, for example, that you can play Cards Against Humanity online?

But for all the online variants of traditional board games, there’s something to be said for crowding around a table with friends, holding physical game pieces in your hand, and being able to literally tear apart the rules book when things aren’t going your way.