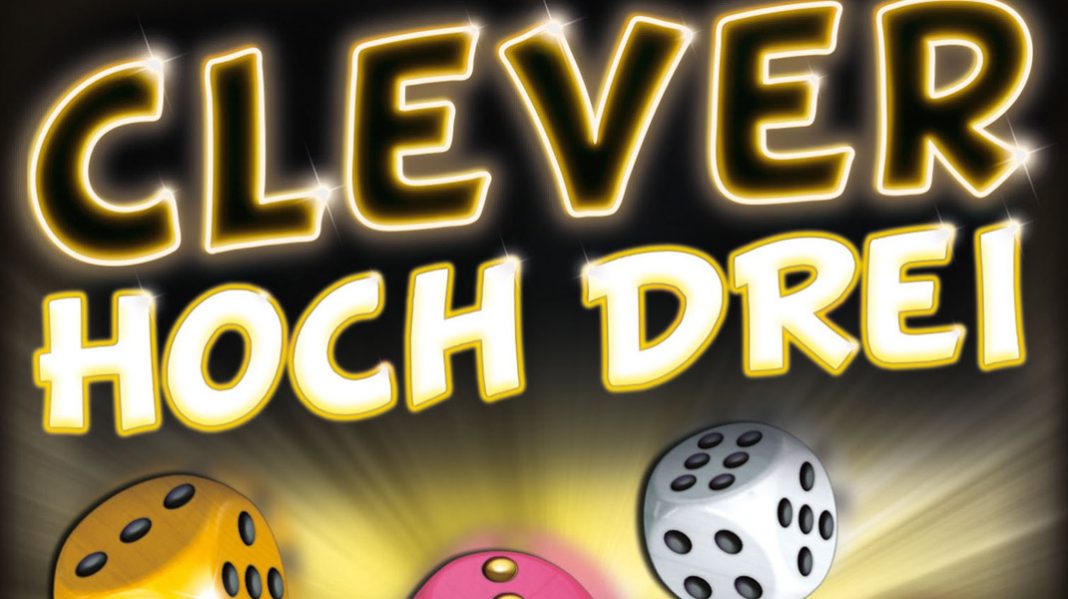 It’s no secret, we here at UnfilteredGamer.com are big fans of Wolgang Warsch’s Clever series. Countless nights have featured both That’s Pretty Clever and Twice as Clever on the table and on the app. We’re happy as a clam at high tide to hear a third installment is headed our way called Clever Hoch Drei (Three Times Clever).

According to the Board Game Geek page:

Clever hoch drei features the same gameplay as Ganz schön clever and Doppelt so clever, but with new categories in which to score — sometimes with several dice at the same time.

Your goal: Choose dice, then place the numbers into the matching colored area, put together tricky chain-scoring opportunities, and rack up the points. The dice you don’t use are as important as what you do because every die that’s smaller than the chosen one can be used by the other players, keeping everyone in the game at all times.

We’ll keep you updated as more info becomes available, but I think it’s suffice to say alongside the original Star Wars trilogy, The Lord of the Rings and Back to the Future… we now have a new legendary trilogy to define our time! (Is that over the top? I can never tell).