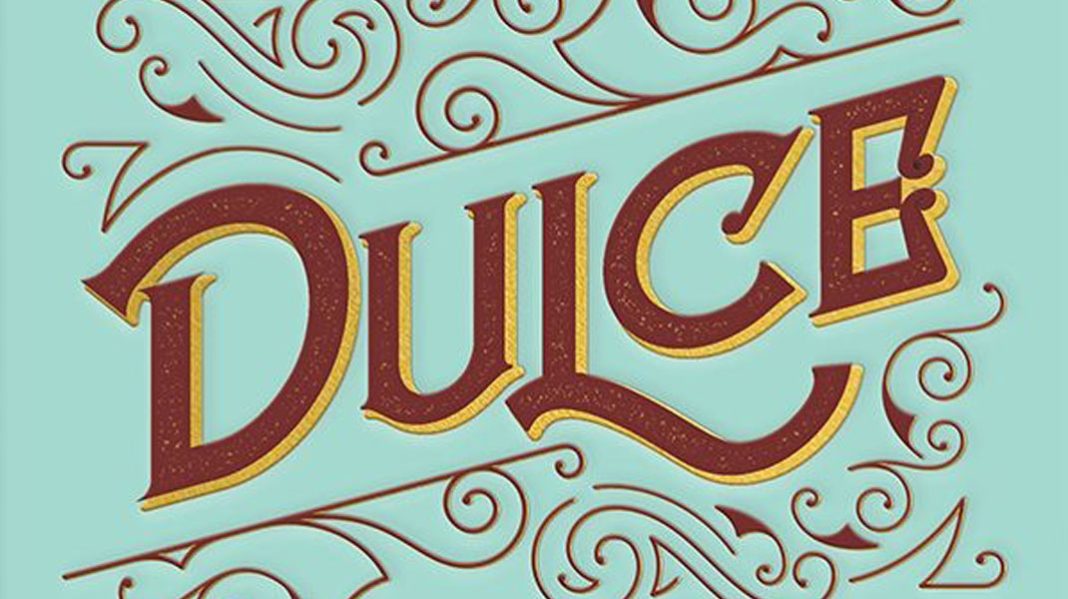 In Dulce, you’re looking to build the most efficient and successful confection business from the ground up. You’ll plant your raw materials, harvest them and even build shops to make and sell your treats.

Dulce incorporates an engine-building system where players will use overflow from a previous recipe’s ingredient to fulfill another. Each player will draw the same card each turn, but what you do with that card will determine the success of your business. Can you build a sweet shop that flows smoothly earning you big rewards?

Each player begins the game with their own player board and set of 24 cards in ascending order. One player is chosen to shuffle their deck and remove 4 cards. This player will dictate the number and order all players will play their cards during the game.

When you choose to plant you flip your card over and play it on your player board. Each card has a set of the 4 different grid spaces on the back. These could be any of the game’s 4 ingredients arranged in any order. After placing the card on their player board, they add that ingredient’s cube on top of the card’s ingredient icons. As this continues, players can play new cards on top of others, potentially earning extra ingredients by playing on top of a similar ingredient icon.

Harvesting ingredients allows you to remove 1 row or column of ingredients from your player board. This requires you to discard that turn’s card. These resources will in-turn be applied to any built confection shops.

Each confection shop requires a set of 2 ingredients to produce that shop’s confection. Once a shop’s ingredients are fulfilled, the player removes those tokens and scores a point.

Once the 20th card has been played, the player with the most points is the winner.

The art in Dulce is definitely a highlight. The softly illustrated player boards feature a charming farm. Each shop card in the game features the same shop in different colors, but it’s well done and there is a nice, calming color palette throughout.

The components as a whole are a little basic and lacking. The player boards are fine, but the cards are really thin and the meeples & chicken meeples are really small.

Fans who eat up engine builders are going to appreciate this slightly different take on it. I also might add that while it is a multi-player solitaire game, it may find its niche in the solo market.

The best thing is the “overflow” engine building aspect of the game. Creating a series of shops that will benefit each other and make the most of each harvested ingredient is the heart of the game.

Dulce should be a slam dunk. A game about planting, harvesting and making confections with an engine building mechanic is a huge success on paper. Unfortunately, the game’s flow is rough and it never really reaches truly engaging levels. I really wanted to like Dulce, but it never quite clicked with me. I get the concept and decisions behind the mechanics… and it seems to pair well with the theme, but the decisions were never that exciting and when the game was over I felt fairly apathetic to it all.

The theme is fun and it looks good and it’s going to draw some people in and possibly keep them for awhile. The mechanics will almost convince you this is a friendly, mellow game with a think-y underbelly. The reality is, the upkeep and scoring wear you down to the point you can’t really enjoy the process. Updating the player board by planting new ingredients was such a mess, pulling cubes off and trying to figure out which ingredients got multiple cubes—not to mention avoiding knocking other cubes all over the place—just seemed like a lot of work. The scoring system is a bit of a mess as well. What should have been a very satisfying element, moving cubes from one shop to another while remembering to score as they cascade down, ends up being more work than it should.

I liked the idea of the ingredient overflow forming and engine builder and the multiple-action cards forcing you to choose which of 3 areas you want to activate. But, at the end of the day it just doesn’t flow smoothly enough.

Growing crops to bake confections is a great idea for a game, but I feel the entire game is a bit of a bait and switch. The production feels very soft and inviting, but the game play is a little disjointed and rough. I feel cheated out of what should have been a real nice gateway game. Even though you may be playing in a group, you’re really playing your own game. In fact, this may be better off played solo.

Fans of the theme who like very casual, light, multiplayer solitaire games might be disappointed. The engine building aspect doesn’t quite deliver and planting the ingredients ended up being a little too much of a pain. It just didn’t get there for me and unfortunately I can’t recommend this one.