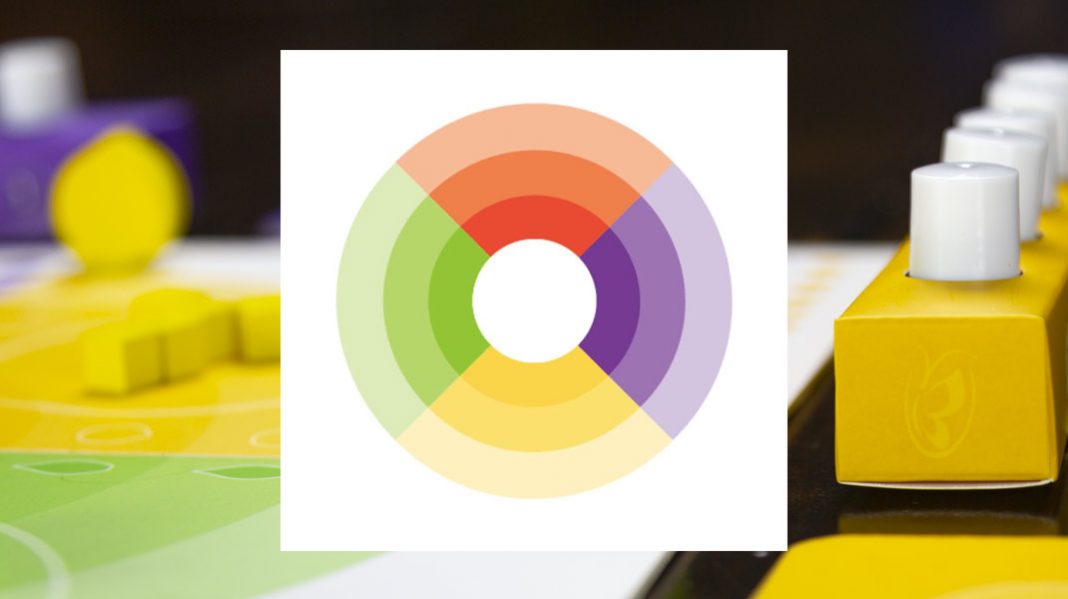 Bring your sniffers to the table… in this game the only way to victory is to follow your nose. Aroma is a competitive game of identifying essential oils. Broken up into 4 game variants, Aroma will test your ability to identify essential oils and do so quicker and on occasion, more strategically than your competition.

Essential oils seem to be all the rage lately. I call it the “cult of oils”, while my wife carries on as if it’s the best thing since sliced bread. No matter where you stand, essential oils are out there and they are coming for you. There are so many different types and they all claim to sooth, heal or provide some unique benefit. Oh, and another thing… they all carry very strong, distinct scents.

Aroma features 4 unique game setups for 4 different game options all centered around your ability to identify a variety of essential oils. While the game options aren’t widely unique from one another, they do each provide an interesting twist to the process of smelling and naming a scent.

The 4 games featured are titled: Discover, Survive, Revolve and Collect.

In Discover, play focuses on being the quickest to identify each scent in front of them.

Players will select one of the 4 boards. Each board is labeled with 1 of the 4 larger oil categories available in the game (Trees, Floral, Plants and Citrus). Along with the board, players randomly select 5 of the unlabeled essential oil containers and 5 cubes related to their board color.

Play continues until one player has reached the 5 spot on their player board. They are declared the winner.

In Revolve, players take part in a round robin, attempting to correctly guess up to 4 oils in a round. Players each select a random oil, attempt to identify it by choosing an aroma token with that scent’s name. This is a secret guess as the player then passes the oils on to the next payer. When players each receive their initially selected oil, the round ends and the guesses are revealed. Players will receive points for each correct answer and will be able to move their token up their personal player board. The player who advances the furthest after 4 rounds is the winner.

The final game option is Collect. In collect, players choose a game board and are then tasked with finding that board’s themed aromas.

Aroma has an excellent, stylish, minimalistic design. Each scent category is represented with its own unique color giving the game a clean, but vibrant feel. Everything is well designed and clearly presented. The essential oil containers are in a standard glass container that you’d expect when purchasing any essential oil. The game boards and tokens are all fine. Overall, Aroma has a solid presentation that works well with the theme.

I think it’s fair to admit that I’m not a big essential oil junky. I don’t necessarily buy into the medicinal benefits, but I know there are a lot of people out there who do… my wife being one. So at our house, it’s not uncommon to have a diffuser puffing billows peppermint or lavender scents in any given room at any given time of the day. As I unfold my own opinion of the game I’m going to often reference my wife because she is truly the target of a game like Aroma.

As far as the game mechanics go, they’re pretty simple and plain. In any of the 4 game modes, you’ll find yourself moving a game cube or dancing up the board with your game token. This is all well and good because the true star of the show is the essential oils themselves. This game is all about essential oils. In fact, I could see someone (like my wife) pushing the game components to the side and just smelling the oils. Now the components do a great job of game-ifying the simple activity of smelling the oils and strangely, for me it worked.

Prior to playing Aroma, I honestly couldn’t tell you the difference between the majority of essential oil fragrances. I actually ended up surprising myself by hanging in there and making the games competitive. Being able to break down the aroma into 1 of the 4 categories really helped my sniffer-to-brain identifying process. While I didn’t win a single game we played, I did enjoy the process. I don’t believe I have ever played a board game where smelling is the central mechanism.

While the rules specify who smells what, often everyone at the table wanted to get in on the action whether it was their turn or not. Everyone wanted to smell this or smell that. Everyone also had an opinion about each smell. For me, it was more about the reactions and engagement of the players involved and the experience we had than the game itself that led to my personal enjoyment.

While I enjoyed Aroma, I didn’t love it and it won’t be one that I’m likely to play over and over. My wife on the other hand… she LOVED it. Being an essential oils aficionado, this is right in her wheelhouse. This is the type of game she could break out when she gets together with her non-gaming friends and they’d fully embrace it. I imagine they’d be quick to order their own copy after a single play (yeah, it’s a by-product of the cult of the oils). So I think it’s safe to say Aroma has a very niche audience, but one that will truly embrace the game for its theme. I’m glad it was such a hit with my wife and kids. My wife often puts up with zombies and monsters and endures dice-heavy battles for my sake. With Aroma, she has a game to finally call her own.